The delivery was made by the LNG bunker supply vessel (BSV) Kairos in the Port of Bremerhaven on Thursday (18 June). Gasum said that the delivery was also notable for being ‘the first ship-to-ship LNG bunkering operation in this port in general’.

The Iona was built in the Meyer Werft shipyard, where it is now in the final outfitting phase.

The Kairos started operating in 2019 and is used mainly in the North Sea and the Baltic Sea. The vessel became a part of Gasum’s fleet of LNG BSVs when the company took over Nauticor’s marine bunkering business in April this year.

Commenting on the delivery to the Iona, Jacob Granqvist, Sales Director, LNG Maritime, Gasum, said: ‘The bunkering operation was a great success because of a close cooperation between our teams onshore and at sea and the shipyard.

‘Kairos has proven again that the vessel is a valuable asset for us in our aim to develop the Northern European market for LNG as maritime fuel and we are looking forward to reaching more milestones on our way to make transport more sustainable.’ 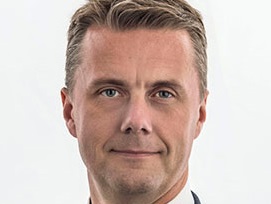