As the cruise industry attempts to recover from Coronavirus, it has an opportunity to embrace the low-carbon zeitgeist both on board and at cruise terminals.

Passengers boarding ships at the UK’s cruising hub of Southampton will in future be able to board ships at a renewables-powered terminal. In August this year, the planned fifth cruise terminal in Southampton was confirmed as the recipient of £15.9 million in state funding via the Solent Local Enterprise Partnership and the Government Ministry of Housing, Communities and Local Government’s (MHCLG) ‘Get Building Fund”’.

The new terminal ‘will deliver an iconic wave inspired building with solar generation and shore power ensuring a world leading zero emissions facility for cruise vessels in port,’ according to SLEP.

Alastair Welch, regional director at Associated British Ports (ABP), comments: ‘We are pleased to hear of the announcement by MHCLG…confirming the government’s continued support for the cruise sector, which is crucial to our economy. We look forward to confirming the details linked to this announcement to ensure we are able to support the resumption and future growth of cruise as soon as possible.’

The new terminal brings the concept of ‘cold ironing’ into practice – that is, ships using power generated onshore when they are alongside, rather than relying on their own diesel generators or boilers.

Tam Bardell, Estate Efficiency Manager at Milford Haven Port, explains how this isn’t the first step the Port has taken to help tackle its carbon emissions: ‘We have already invested heavily in renewable energy and efficiency across our estate. Solar panels, heat pumps, insulation, biomass, LED lighting, electric vehicles, marine renewables development and smart energy innovations are just some of the ways we are making a difference.’

As the UK relies increasingly on offshore and onshore wind farms to generate electricity, it has in 2020 burned less coal than in any year since the industrial revolution. Ports like Lowestoft, a hub for windfarms in the southern North Sea, have led the way in using renewable energy to power their own activities.

Southampton’s development takes the new terminal to the next step. The significance is that many ship types like ferries, short-sea cargo ships, inshore and offshore vessels, can spend nearly as much time in port as they do at sea. Replacing greenhouse (GHG) emissions from the ship’s onboard generators with clean electricity generated by renewable sources makes a big step toward decarbonising their activities.

In May 2020 the British Ports Association called for a Green Maritime Fund to invest in more cold-ironing and related renewables projects, noting that not one port in the world, according to their research, had implemented cold-ironing without government investment of some sort. 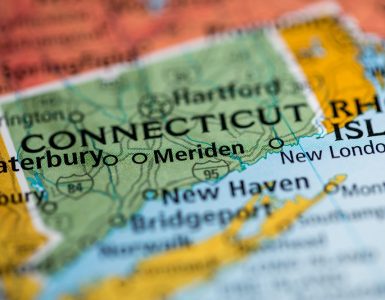 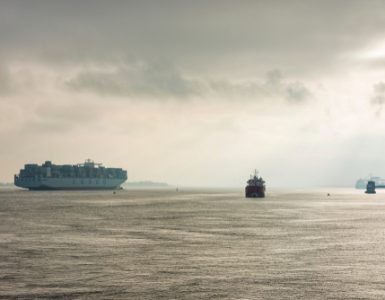