A strategic alliance with hydrogen-fuelled vehicle producer, HYZON, ‘fits closely with our intention to explore and develop future energy solutions at our energy Hub, where we are looking at the possibility of generating solar-powered green hydrogen, said Viva Energy CEO Scott Wyatt.

Australia’s Viva Energy and HYZON intend to work together to provide zero-emission vehicles along with hydrogen refuelling solutions. Viva Energy has also committed to make a small strategic investment of $4 million in HYZON as part of capital raising and listing on the NASDAQ stock exchange, via its merger with Decarbonisation Plus Acquisition Corp. announced last week.

‘The establishment of a Hydrogen Transport Hub in Geelong, while only conceptual at this stage, could be an exciting demonstration of the types of projects we could pursue though the Energy Hub,’ noted Wyatt

The new partnership on hydrogen is another stage in Viva Energy’s energy diversification strategy. Last December, the company announced that it had signed a Memorandum of Understanding with two partners in relation to the development of an LNG regasification terminal at the site of its Geelong refinery.

The first partner is a consortium of ENGIE Australia & New Zealand and Mitsui & Co., Ltd and the second is a consortium comprising Vitol and VTTI. Binding commitments in terms of capacity, ownership in, and offtake from, the proposed terminal are not covered by the MoU, and will be sought at the time of a final investment decision to proceed, Viva Energy said at the time of the announcement. 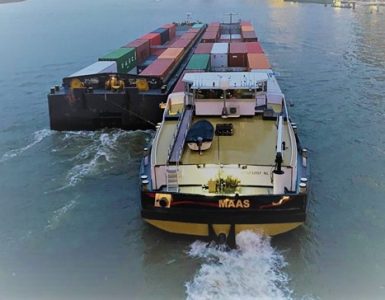