Fluxys is partnering with the Hainaut-based intermunicipal company IPFH on energy transition projects which include plans to set up small-scale LNG infrastructure in Wallonia, Belgium, for ‘road transport and inland navigation’.

In a statement issued yesterday (17 February), Fluxys said that an IPFH/Fluxys steering committee has been set up to ‘assess the projects that will be proposed’.

Fluxys said that, where the companies do set up infrastructure, they will be looking to ‘gradually replace natural gas with carbon-neutral gases (biomethane, bio-CNG and bio-LNG) in order to further reduce the carbon impact.’

The company also added: ‘Since Fluxys is working on reconfiguring its infrastructure so that it can also transport green hydrogen, the partners will ensure the gradual integration of this energy carrier in the projects covered by their agreement.’

As previously reported, Fluxys has partnered with Titan LNG to introduce a new LNG bunker barge – the FlexFueler002 – to the Port of Antwerp. 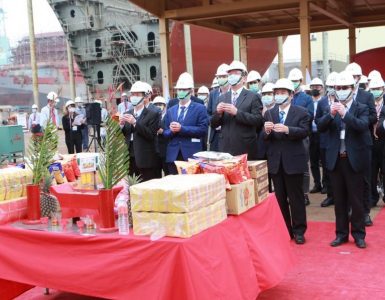